From Slums to Significance: the Communities Shaping our Urban Future 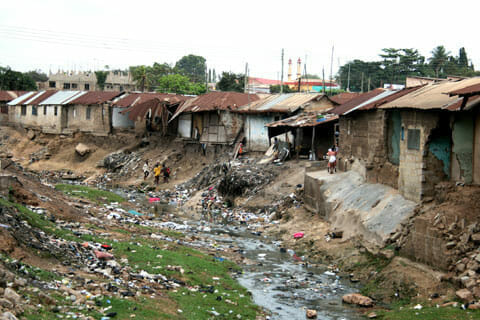 From Slums to Significance: the Communities Shaping our Urban Future
By David Weiss, President and CEO, Global Communities

“Too often slum dwellers have been considered a problem. I believe they are the solution.”
This story originally appeared in the Huffington Post.
The two megatrends of demographic growth and urbanization are rapidly transforming human settlement from rural to predominantly urban environments. This is particularly true in Asia and Africa, where the UN forecasts that the urban population will grow from 2.3 billion people in 2011 to 4.5 billion in 2050. Many large cities in these regions are struggling with how to provide services, housing and jobs for large numbers of rural migrants. These migrants are often highly vulnerable: although they have moved to the city in search of jobs and access to services, the informal neighborhoods that receive them lack infrastructure and are often removed from main centers of economic activity. A lack of economic opportunities and poor living conditions set the stage for marginalization, instability and violence.
At the same time, this raw influx of human capital, ideas and energy are at the core of providing sustainable answers to the challenges that cities face. Too often slum dwellers have been considered a problem. I believe they are the solution.
If we help communities get the right tools and learn the right techniques we can empower them to take control of their and their cities’ futures. My colleagues at Global Communities have been involved in some recent examples of urban projects that have put the community at the center of their development with impressive results.
In the informal settlements of Nairobi, Kenya, Global Communities runs a USAID-supported program called Kenya Tuna Uwezo (“We have the power” in Kiswahili). Through this program we bring together rival gangs and communities in conflict to work together to solve their problems. We have been able to turn former gang members into peace activists, and played an important role in ensuring the 2013 elections proceeded peacefully. In Kenya the team are facilitators and advocates – but it is up to the community to find solutions to their own problems.

For example, in the settlement of Kiambiu, there had been many forceful evictions due to ethnic conflict. After meetings with the Kenya Tuna Uwezo team, the people of Kiambiu got together and illegal tenants willingly left their homes. So far, 40 homes have been returned to their rightful owners. These successes have been noticed and the program has been scaled up to begin addressing sectarian conflict in light of the 2013 attack on the Westgate Mall and other acts of violent extremism. The approach is the same – working with the communities to uncover the true nature of conflict, whether land rights, discrimination or some other issue – and directing their energies toward resolving these problems peacefully rather than violently.
The power of involving the community can also be seen in responding to urban disasters, where the transition from relief to recovery can be accelerated by focusing on community-based participatory planning. One of the key criticisms of the post-earthquake response in Haiti was a lack of coordination with communities, government and between organizations. We have found that coordinating closely with the community and putting reconstruction decisions in the hands of community members has led to sustainable disaster risk reduction and reconstruction. In Ravine Pintade, Port-au-Prince, Global Communities implemented a USAID-funded project where we used the community’s grass-roots intelligence to map the damaged neighborhood and work with them to plan how it would look once built back better.

Planning with earthquake-affected communities in Haiti.
The resulting community-defined reconfiguration and reconstruction of a previously informal neighborhood improved accessibility and reduced risks posed by future disasters. If the community had not been involved, the neighborhood reconstruction would not have met their needs and serious mistakes could have been made. But because the community was involved, they were willing to give up land or move their homes so roads and retaining walls could be built, homes could be moved away from the edge of the ravine, and drainage could be put in place. Today, we are rebuilding other neighborhoods in Haiti using this approach with the support of the Government of Haiti and the World Bank. As in Kenya, the key component of success is involving the community from day one and throughout the life of a project.
As cities grow rapidly, so do the innovations emerging in the urban space. Our experience shows that the most sustainable innovations are those that involve the community at every step and empower them to find solutions to their own challenges. Whether in the United States, Kenya or Haiti, urban gangs and urban disasters are two issues we may all face, and we can learn from innovations around the world. We must always seek out our solutions from the people who will live with them – the community itself.