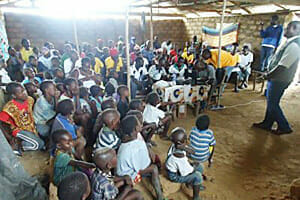 Mobilizing Community Response Through Knowledge and Empowerment
The current outbreak of the Ebola Virus Disease (Ebola) was first detected in March 2014 and has swiftly become the most deadly Ebola outbreak in history, and the first in West Africa. As of now, the outbreak has been isolated to Guinea, Liberia, Nigeria, Sierra Leone and Senegal, but because of the ease of transmission, the affected population can spike at any moment. International authorities on disease epidemics, such as the World Health Organization (WHO) and the Centers for Disease Control and Prevention (CDC), are predicting that if the current rate of infection continues, we could expect to see a blindsiding gain of up to 277,000 reported cases by the end of 2014.
Read the full document here.