Five Years Later: Haiti’s Progress, Before and After the Earthquake 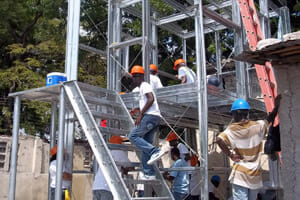