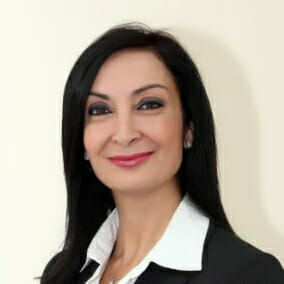 Global Communities’ Lana Abu-Hijleh Named a McNulty Prize Laureate and Finalist for Youth Local Councils in Palestine
Global Communities’ Palestine Country Director, Lana Abu-Hijleh, has been announced as a Laureate and finalist of the John P. McNulty Prize 2014 for her work developing the Youth Local Council movement in the West Bank.
The 2014 Laureates were announced in Aspen, Colorado, at the Aspen Action Forum on Wednesday, July 30. The McNulty Prize is given annually to honor the visionary work of a Fellow of the Aspen Global Leadership Network, and seeks to inspire individuals from around the world to make a difference in their communities by recognizing the very best in high-impact leadership.
Lana Abu-Hijleh developed her idea of the Youth Local Councils at the Aspen Global Leadership Middle East Leadership Initiative Class in 2009. Global Communities has since implemented Youth Local Councils throughout the West Bank through two USAID-funded projects, and today there are 19 councils and 7,000 youth involved under Global Communities’ purview, as well as an additional 21 councils that have grown as the movement has taken on a life of its own. The councils give Palestinian youths a chance to participate in and run their own electoral process, respond to constituent concerns, plan and execute community improvement projects, and shadow local ministers and council members to learn good governance practices and become engaged citizens in the political process. Already, former members of Youth Local Councils are becoming members of their municipal councils, bringing what they have learned from their youth experience to bear as elected representatives of their communities.
Lana Abu-Hijleh says: “The greatest winners here are the youth of Palestine. The ones who believed in themselves, their capacity and role as movers, shakers and leaders of change. The ones who believed in democracy and practiced it. The ones who dedicated their time to serve their communities and people. The ones who despite the unbelievable challenges they face on all levels from the continued occupation of their country and lives, remain positive and maintain their belief in the great values of justice, freedom, dignity, fairness, democracy, acceptance and tolerance of others, equality, and good service. I am humbled and honored to have had the chance to engage directly with the Youth Local Council members and Palestinian youth at large. Every time I am with them at an activity, I come back refreshed, energized, and with stronger beliefs in the justness of our human cause.”
David A. Weiss, President and CEO of Global Communities says: “In these difficult times when the Middle East is engulfed in conflict and when Lana is engaged day and night in managing our humanitarian response to the desperate humanitarian crisis in Gaza, it is important to remember that we are also laying the seeds  for a better future. These young people who take part in the Youth Local Councils give us hope: even if our generation has thus far been unable to bring about peace, we invest in theirs so that they can build a better, more just and safer world for themselves, their homeland and the whole region. We are proud of Lana’s formidable work, commitment and dedication as someone who embodies the vision, mission and values of Global Communities.”
Former Secretary of State Madeleine Albright, one of the judges, said of the laureates: “Now comes the hardest part, which is being a judge. And just listening to and having read the material and seen the video, I think you can all understand that the hardest job for all of us is going to be choosing the winner. But I would like to say just being a finalist and a Laureate, I hope you all that are in this category, consider yourself as winners, because we do.”
The winner will be announced on November 12, 2014, in New York City. The winner will receive $100,000 toward their project and each of the finalists will receive $10,000 toward their project.
To learn more about Youth Local Councils visit: http://globalcommunities.org/yslc
To learn more about the McNulty Prize and the 2014 Laureates visit: http://mcnultyprize.org/#laureates
To watch the announcement ceremony visit: https://www.youtube.com/watch?feature=player_detailpage&v=9ZzSqJh61b0
About Lana Abu-Hijleh: Lana Abu-Hijleh is a longtime expert in Palestinian development. She has been working for the past 28 years with international development and humanitarian agencies in Palestine and the region. Since 2003, Lana has been the Country Director of Global Communities (formerly CHF International) for Palestine. She leads a team of 200 Palestinian and international professionals designing and implementing assistance programs focusing on economic revitalization, community and social infrastructure, democracy/governance, job creation, and food security in the West Bank and Gaza. Prior to her work with Global Communities, Lana served as the Deputy Resident Representative of the UNDP Program of Assistance to the Palestinian People for over 17 years.
About Global Communities: Global Communities is an international non-profit organization founded in 1952 that works closely with communities worldwide to bring about sustainable changes that improve the lives and livelihoods of the vulnerable. Global Communities believes that the people who understand their needs best are the people of the community itself. Global Communities has worked in the West Bank and Gaza since 1994. Learn more at www.globalcommunities.org
About the John P. McNulty Prize: Founded by Anne McNulty in honor of her late husband John, the Prize aims to galvanize efforts to address the foremost social, economic and political challenges of our time by recognizing the very best in high-impact leadership. Each year, the winner is selected by an international jury that has included Mary Robinson, Bill Gates, Sr., and Sir Richard Branson and recognizes exceptional leadership projects undertaken by the Fellows of the Aspen Global Leadership Network as part of their Fellowship experience. Visit www.mcnultyprize.org and follow the Prize on Twitter at @theMcNultyPrize.