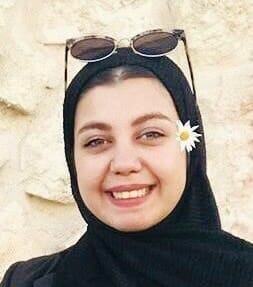 A lifechanging Facebook post enables female youth to empower women to become financially independent
Rama Rababah, 24 year, resides in Zarqa, northeast of the Capital. With a Bachelor’s degree in Counseling and Mental Health from the Hashemite University, Rama’s first encounter with volunteerism took place during her first field semester in college.

Following her volunteering in several civil society organizations, local centers and youth initiatives, Rama felt inspired to design her own initiative to become financially independent. However, once the costs exceeded her capacity, Rama started looking for youth-oriented funding, which eventually brought her to the USAID YouthPower Facebook Group. After joining the group and mostly being a silent member in it, she decided to post about her initiative and her idea behind it. Then she was redirected to the acitivitie’s Innovation Fund. “I discovered that personal financing was not enough to grow my initiative into the impactful local business I envisioned, so when I saw the size of impact other youth were making through USAID YouthPower, I felt like I found the gateway that could make my dream come true,” said Rama.

“I believe that any human with passion in a specific area can create income generating opportunity for themselves and others, even if the income only provides them with pocket money initially.”
—Rama Rababah, Youth Founder and Leader of ARANDS Fashion Initiative

In June, 2020, Rama participated in the USAID YouthPower Social Inclusion and Gender training workshop, where she learned about the importance of gender inclusion and women’s empowerment. Following that, Rama redesigned her initial fashion design initiative, titled ARANDS Fashion, to include economic empowerment of women in her community. After securing an in-kind grant from USAID YouthPower, Rama engaged three non-working women from her community to become team members of her initiative and provided them with vocational trainings on the art of sewing and fashion design, in addition to training courses on project management, financial management and digital marketing. Due to the increase in unemployment resulting from  the Covid-19 pandemic, Rama decided aided her team members in transferring the knowledge they gained from these trainings to other women in their community.

Soon after helping to build the women’s capacities, Rama provided them with sewing machines and the required kits to start designing and sewing industry standard fashionable clothing for women. “I envision ARANDS fashion to one day become a training center that provides large numbers of women with vocational trainings and the skills necessary to launch their own businesses,” Rama said.

With a focus on gender inclusion, USAID YouthPower continues to empower female youth like Rama to act as engaged citizens and productive members of society to advocate for themselves and others.