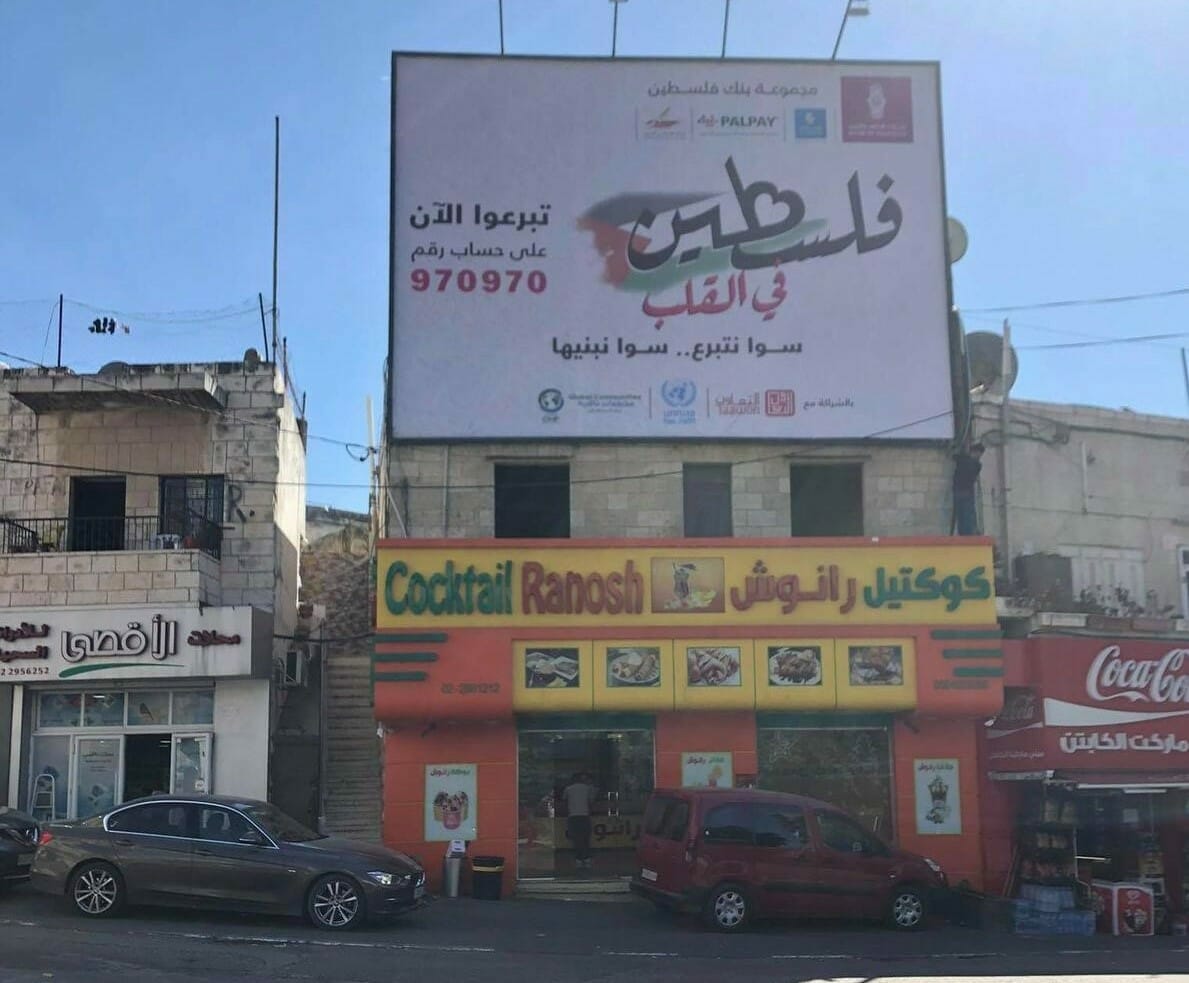 This article was originally published on the Palestine News Network.
Ramallah/PNN/

Bank of Palestine Group Launched “Palestine in the Heart” campaign to raise donations locally and globally in support of humanitarian relief and recovery efforts in Gaza, West Bank, and East Jerusalem.

Proceeds from the campaign will go to support relief and humanitarian assistance by national and international relief agencies. The campaign was launched in partnership with UNRWA, Taawon, and Global Communities, international organizations which are immersed in humanitarian relief efforts in Palestine and in response to their urgent appeals.

The group was the first responder among private-sector peers in Palestine to calls by UNRWA to provide freshwater supply and bottled water to the more than 52,000 displaced people who fled to UNRWA schools during the Gaza war.

The distribution started May 20th one day before the ceasefire; whereby 32,000 bottles of waters and 100,000 liters of water tanks were provided to UNRWA schools serving as shelters for internally displaced people. Efforts will continue to serve displaced families after the ceasefire.

In parallel to the global donation campaign being launched, the Bank of Palestine Group will continue working with relief agencies to assess different levels of interventions to the resulting humanitarian and economic crisis utilizing all channels and resources of the entire group.

“We were compelled to move immediately and provide fresh water to thousands of families who were in desperate need of drinking water. Our staff volunteered to distribute the water to UNRWA schools while the war was still on, because of the dire need. We had to act, this was our duty to the community of people we serve in Gaza,” said Mr. Hashim Shawa, Chairman of the Bank of Palestine Group.

The devastation and the human toll are graves. The scale of destruction has been unlike all the previous wars; impacting households, private sector factories, roads, water, power, and telecom infrastructure. More than 1,000 homes have been destroyed with 66 schools and primary healthcare clinics totally damaged. Additionally, 184 residential towers and office buildings have been razed to the ground, with 33 media outlets targeted and destroyed. 72,000 Palestinians have been displaced because of this war, half of them children as per UNICEF. More than 52,000 of these displaced people were sheltering in 48 UNRWA schools until the ceasefire was announced.

“We see the role of the bank as long term in assisting first with humanitarian relief, then long term human needs for displaced persons and then working with Multilateral and Bilateral Development agencies on the long term reconstruction efforts especially of Small and Medium enterprises in Gaza.

In response to appeals for funds by UNRWA, Taawon, and Global Communities, all with significant emergency response and humanitarian relief capacity on the ground, our banking group has launched a fundraising campaign “Palestine in the Heart” to support financial donations these appeals by reputable international agencies.

We are utilizing our networks in the diaspora and locally; using our marketing channels to shed light on the urgent needs and helping in a collaborative manner these humanitarian agencies,” concluded Mr. Shawa.