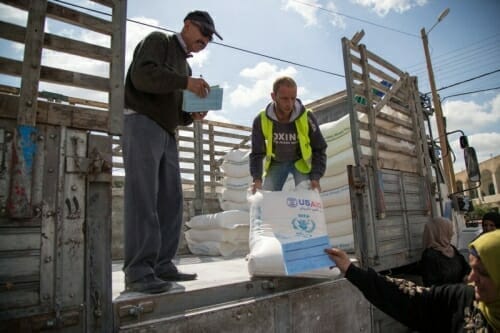 As a global development professional working at Global Communities, I have been watching with increased concern at some of the trends that have been on the rise across the globe in recent years. As The Economist recently noted, there is an increasing divide between those who wish to remain open and engage with the outside world, and those who want to wall themselves off in an effort to improve things at “home.” This false dichotomy threatens to undermine the gains the development and diplomacy community have made in the last 50 plus years. I know firsthand from seeing development projects implemented, that increased global engagement and cooperation is a far more effective a way to encourage peace, drive global economic growth, share knowledge, and further human development than the alternative. It’s not about putting any one country first. It’s about putting humanity first, because at our core, we’re all humans, and what affects someone in any country or community can quickly create repercussions for all of us.

The drive to turn inward is, of course, understandable. The global financial crisis and its uneven recovery makes many individuals feel as though too much money is going to solve problems overseas, while ignoring problems at home. There is fear that money is wasted, and not resulting in intended outcomes. Many countries are tired of intervening in seemingly intractable and endless crises, from natural disasters to ongoing conflict, asking how this could possibly have any effect on their lives.

While there is some truth to these sentiments, there is also a great deal of misconception and misinformation. In the United States, for example, the foreign affairs budget accounts for less than 1% of GDP. Interestingly, when polled, most Americans believe we use 25% of our budget for foreign aid. When asked what would be an optimal amount, most people say about 10%.

Timely engagement and intervention can play a vital role in not only ameliorating human suffering, but also containing and eventually resolving crises that would otherwise threaten world security. Global Communities’ work includes, for example, reducing drug-related violence and trafficking, battling epidemics that threaten public health globally, and preventing the spread and lure of violent extremism. By addressing these global issues head on and at the source, we encourage peace, prosperity and good health across not only the countries where we work, but in their regions and even in the United States, where we are headquartered.

For example, in Colombia, with both U.S. government and private resources, we’ve helped people who have been displaced by drug-related violence to reestablish their lives, to grow healthy food, and to find employment in their communities. We’ve worked directly with former producers of illicit drugs to find a legal, less dangerous and more profitable way to earn a living, while taking drugs off the streets of the U.S.

In Liberia, as part of a global relief effort, we engaged directly with community leaders to change critical sanitation and hygiene behaviors (including burial practices) that quickly and fully eradicated Ebola in those communities. This helped to stop the spread to the disease both internally and to unaffected regions, saving countless lives and helping prevent the worst-case scenarios that we heard about at the height of the epidemic from coming to pass.
In Kenya, we’re working with at risk youth, providing them with skills, and viable options to prevent them from turning to violent extremist ideologies as a way to find meaning and self-esteem. We’re all too familiar with what disillusioned young men can do when encountering these self-destructive ideologies that are becoming pervasive in East Africa and the Middle East. It’s in everyone’s best interest to help support these positive developments.
We get all of this work for a tremendous bargain. Is 1% of GDP too high a price for the U.S. to invest in global peace and stability? And for similar investments from other countries?

This is not to say that all aid has been done well or done efficiently. There have been many bumps in the road and mistakes made along the way. Much aid has been provided in a top-down manner, without consulting the end-users. Likewise, poorly designed aid can create a dependency mentality, which is detrimental to long-term development and quite hard to reverse. However, the industry has learned and continues to learn how to be better, more efficient and more impactful.

Retreating from the world, no matter where it is being advocated, is nearsighted at best and dangerous at worst. It removes the possibility of undertaking the types of programs described above. Furthermore, building relationships and engaging with the world is not some kind of switch that can be flipped on and off. Once countries begin to pull back, as they did in the wake of Great Depression in the 1930s, it is not something that can easily be reversed. Retreating into our shells, and limiting engagement with our global brothers and sisters, is not the way to solve the very real problems that many people are facing. With smart analysis and with a real commitment to change, there are many ways in which we all can and will continue to improve not only countless lives across the globe, but help ensure peace and prosperity in our homes as well.

Published 10/11/2016 by Global Communities in Blog, Columbia, The Americas