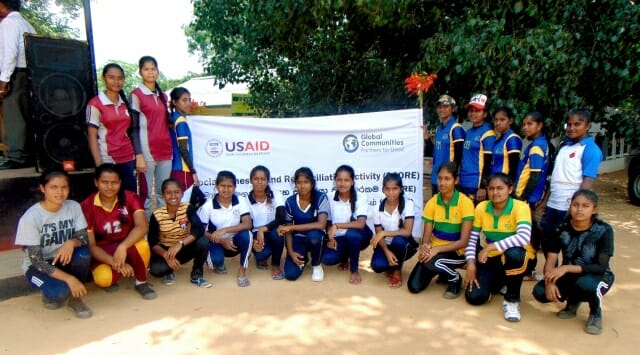 More than 100 youths were trained in social media at three boot camps, resulting in more than 125 posts per month by 20 National Champions over 10 months, yielding a monthly reach of over two million social media users and engagement with over one million users per month. Ten youth social media projects also received 10 seed grants. The numbers show that the project, aimed at countering hate speech and fake news on social media to promote social cohesion and reconciliation by youth, had successfully achieved its goals. It is significant that youth from all corners of the country of different backgrounds and ethnicities found a common ground with common goals.
Young people from Puttalam, Kandy, Kattankudy, Colombo, Batticaloa, Jaffna, Badulla and Gampaha attended the forum.

“This gave us the opportunity to hear first-hand experiences of experts in social media for us to strategize our work as influencers in promoting social cohesion and reconciliation,” said M. J. A. Sarfan, a 23-year-old from Puttalam.
Sarfan joined a team of 120 multi-ethnic young people from across the country in early 2019 to become a positive influence on social media. They had the opportunity to be trained under digital media experts who motivated them to harness their strengths to promote social cohesion and reconciliation. The training programs over the last year focused on developing the skills of youths to combat hate speech on social media and create social media content that promotes pluralism and peaceful messaging, and create opportunities for collaboration among participating youths with key external stakeholders in peace building. The project commenced at a most vulnerable time, in the aftermath of the Easter Sunday attacks, when hate speech and fake news became rampant and almost uncontrollable, even amidst multiple social media bans.

Sarfan added that the Cyber Guardians Forum gave him more ideas on expanding his reach on social media through the exchange of ideas with experts and other youths, and also helped him develop more ideas for the international forum that he is organizing in Puttalam with the support of SfCG.

Chamara, another youth from Galle, said he had been actively engaged in promoting reconciliation on social media when he came across the SfCG project last year. “I am a member of the multi-ethnic team formed by SfCG termed ‘National Champions’ who actively engage as social media influencers in Sinhala and Tamil echo chambers. It was an enriching year when we learned the many dynamics of social media to use it for positive messaging. Even though we used social media before, it was after joining SfCG with this project that I learned many new things about social media behavior and its uses.”

The National Champions consisted of 20 established social media influencers who had been engaged in running Facebook pages, groups or other social media channels, explained a SfCG official. Since March 2019, the youths were identified and gathered to generate content that promotes positive messages and counters divisive content. They were provided with capacity development learning and networking opportunities through the project.
From the outset, SCORE and SfCG ensured that the learning content was not in the form of advising or preaching, but more of an engaged self-learning with flexibility and freedom that motivated the youths. The youths widely agree that the year was important, enjoyable and empowering, facilitating learning through the many platforms as well from each other to make the most of the many facets of social media to reach others with the message of peace.