From Mosques to Barbershops: Unconventional Allies in India’s Immunization Efforts 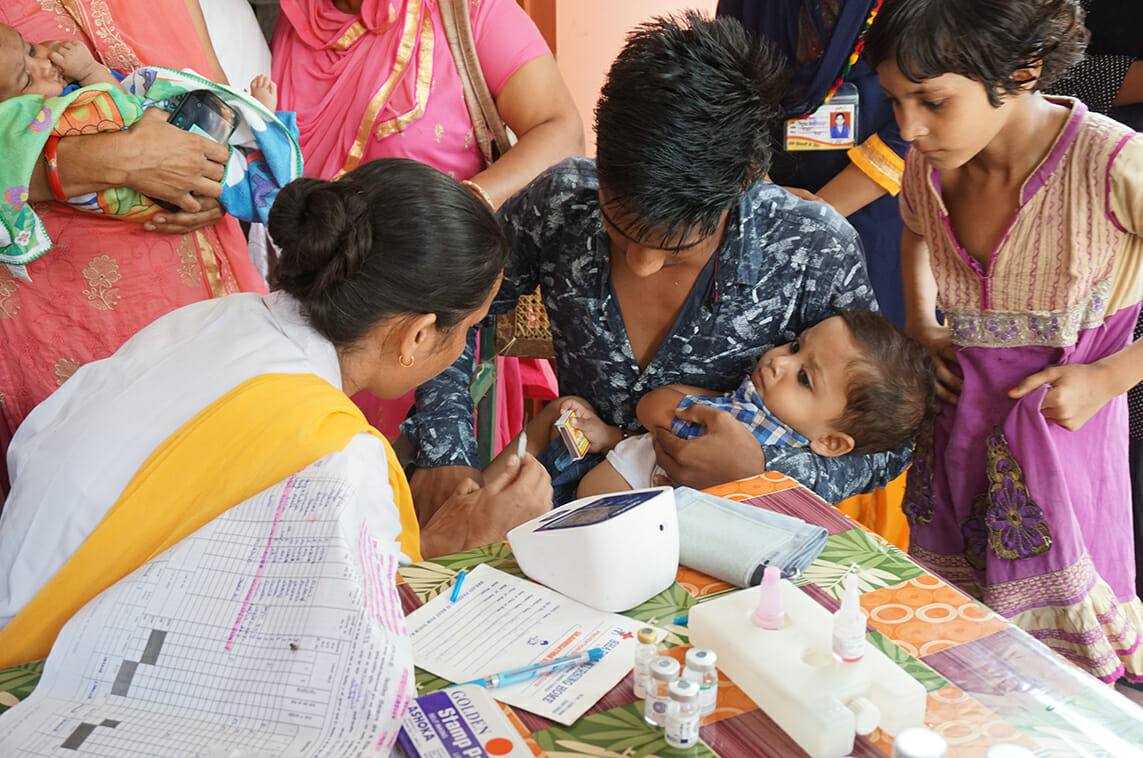 When India experienced a polio resurgence in 2001, those working to end the disease had to take a leap of faith.

In western Uttar Pradesh, the majority of the cases were concentrated in poor Muslim communities, where access to sanitation and health services was low and suspicions about the vaccine were high. This created the perfect conditions for the crippling virus to spread.

“When PCI first started working in these high-risk, hard-to-reach areas, there were no awareness programs running,” said Yatender Singh, a program manager with CORE Group Polio Project (CGPP) in India. CGPP is a multi-country, multi-partner initiative through which PCI provides technical assistance to combat polio.

“There were many myths and misconceptions among families that the polio vaccine would make their children weak and infertile,” Singh said. “There was a lot of mistrust. Some thought the government was using it to control the population.”

To counter these rumors and to help build support for the vaccine, PCI reached out to local religious leaders for help. The idea was to meet resistance from the community with education from individuals whom these families listened to and trusted. This still required buy-in from local imams and other religious leaders who had their own questions about the immunization efforts. “Some of the imams, at first, thought, ‘This is not my responsibility. This is not my job,’” Singh said. “But when we discussed the challenges we were up against and the importance of the immunizations for children, they began to understand. We also connected messages from the Quran with what we were trying to accomplish.”

Qari Mohammed Ahmed, an imam at a madrasa and mosque in the Meerut district of Uttar Pradesh, was among the first group of religious leaders to become part of PCI’s efforts in 2001.

“For the growth and progress of a nation, children are its biggest asset,” Qari Ahmed said. “I thought about this and discussed [the polio project] with the Ulema (Muslim scholars). … It was concluded that there is no danger in giving this medicine. In fact, it is important.”

After receiving training from PCI on how to incorporate polio immunization messages into Friday mosque prayers and other large congregation gatherings, Qari Ahmed and other religious and community leaders helped build public confidence in the safety and effectiveness of the vaccine.

“If any family had resisted or said inappropriate things to the [health workers and community mobilizers], we spoke to those families and tried to explain to them,” he said. “By the grace of God, they agreed. And they gave the medicine to their children.”

Qari Ahmed’s support, along with that of a host of other unsung vaccine heroes, eventually led to India being declared polio-free by the World Health Organization in 2014. Now, PCI is using this same network of religious leaders and community-based advocates to get the word out about routine immunizations and other basic health services. “Even as program implementers, it’s very important to get out of our prejudices and to get out of our preconceived notions about what’s going to work and what’s not going to work,” said Faiz Hashmi, a technical specialist in Monitoring, Learning and Evaluation for PCI India. “Sometimes you have to take chances. The kind of trust we expect, the kind of belief we want to build among the community whom we work with, a similar trust or belief has to be developed among us as implementers.”

PCI India’s latest unconventional approach involves using barbers to help reach male community members who tend to be resistant to their families being vaccinated. Participating shopkeepers are given posters to hang in their salons as well as aprons to wear that can help spark conversations about the local immunization program. They also receive training on how to answer basic questions their customers might have about vaccines and where to get registered.

“Where I live, only 60% of the people are educated. … They don’t understand. They’re easily misguided,” said Shaan Mohammad, a participating barber in the Sardhana block of Meerut district. “But when I told them that [vaccines] can guard the child against eight types of diseases and that it will help in the future, then they began to understand. … The message is spreading through us.”

To date, PCI has trained a total of 375 barbers and more than 7,200 religious leaders and community influencers in five districts of western Uttar Pradesh. The groups routinely come together at the block and community levels to discuss project successes and challenges.

“There is no place where these people are not working. They go everywhere and take their information to all the people,” Qari Ahmed said. “Wherever they face a problem, we will support them. … It’s only with a healthy community that we can have a prosperous nation.”