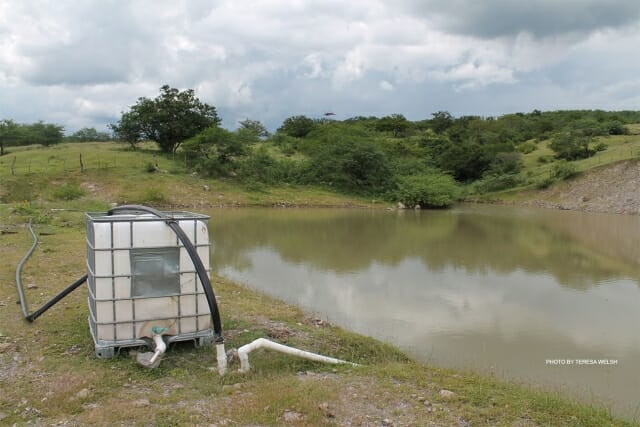 Managing access to water in the so-called Dry Corridor is key to economic and food security in the Central American country.

San Antonio del Norte, HONDURAS — The pavement winds south through the Honduran countryside as pine forests shift gradually into the dry lowlands of the country’s drought-prone region. The new road, known as the Dry Channel, connects the Pacific and Atlantic sides of the country for the first time.
For now, the road runs mostly through remote landscape. Before the asphalt was poured, there was in its place a dirt road, or even no thoroughfare at all. The government hopes the Dry Channel will now facilitate linking rural communities to one another and spur the construction of businesses like gas stations and hotels as traffic along the route grows.

This is exciting news for communities such as San Antonio del Norte in Honduras’ so-called Dry Corridor that are eager for new economic opportunities — but it also brings peril. Construction of this stretch of the road, finished just four months ago, further endangered one of the area’s most important resources: water.
Please read the remainder of the article here.

Published 11/20/2019 by Global Communities in Blog, Honduras, The Americas