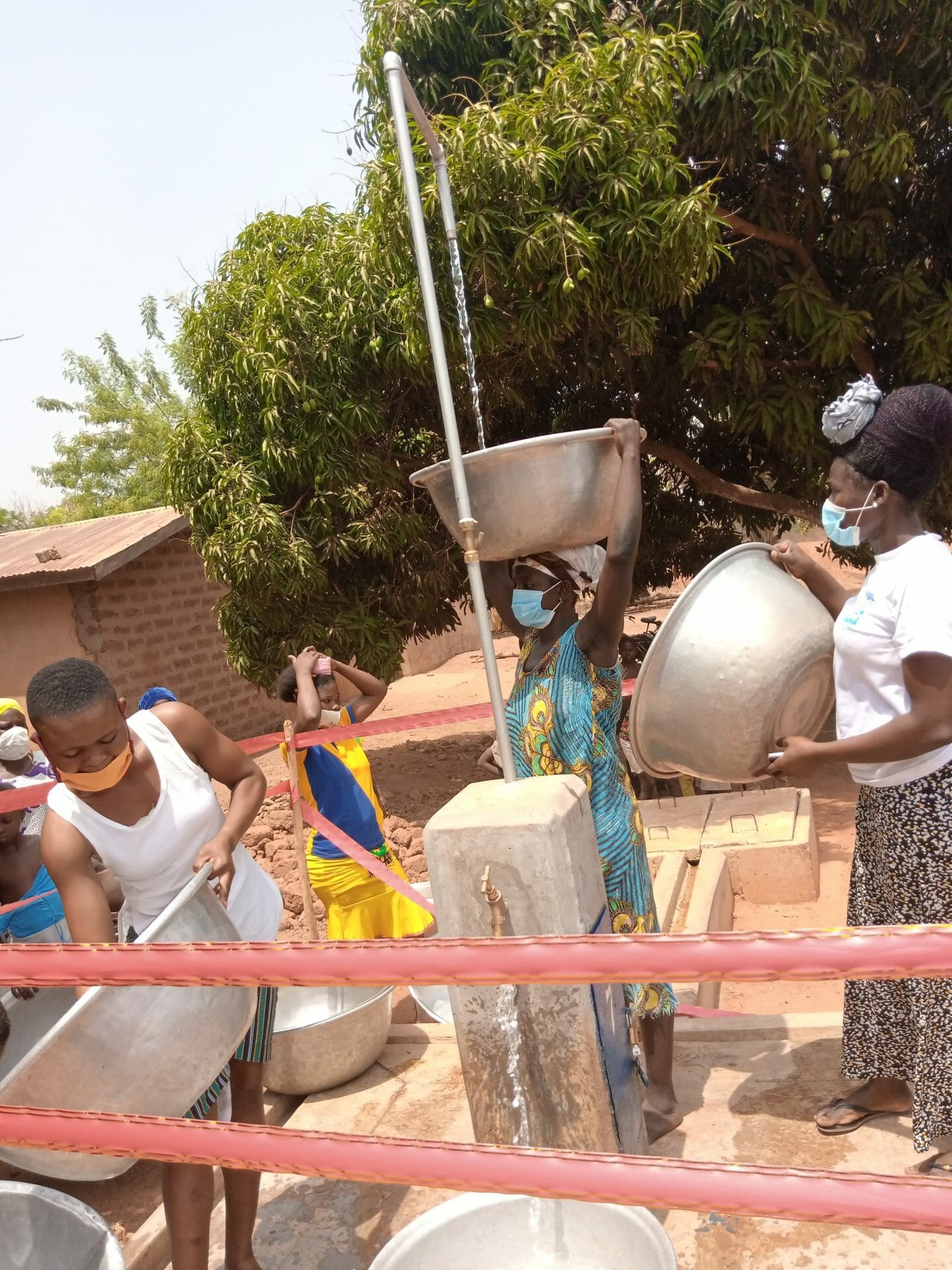 This article was originally published on GhanaWeb

A water system has been inaugurated at Kalba in the Sawla-Tuna-Kalba District of the Savannah Region to extend potable water to the people of the area and beyond.

The gesture is part of an overall community support scheme to amongst others ensure improved hygienic behaviours.

The facility, which has been provided by Global Communities with funding from the United States Agency for International Development (USAID) as part of the WASH for Health project, is benefiting the over 4,000 people of Kalba and beyond.

Dominic Osei, Deputy Chief of Party, Global Communities, who spoke during the inauguration of the facility at Kalba, said “In line with the Sustainable Development Goals (6) requirements, all institutions in the Kalba community and 20 households have been connected to the water system”.

Following the inauguration, more households in the area will be connected to the system to help extend potable water to the people.

The WASH for Health project works to accelerate sustainable improvement in water and sanitation access and improve hygiene behaviours in about 30 districts in nine regions including Savannah and Northern.

Mr Osei recounted successes chalked under the WASH for Health project since its inception in 2015 saying, “We are excited and proud to have accomplished this with the support of our able stakeholders.”

Lawal Tamimu, District Chief Executive of Sawla-Tuna-Kalba, expressed gratitude to the donors for providing the facility, saying “This will go a long way to solve our people’s challenge of several years of living without potable drinking water.”

The water system at Kalba was the second to be provided by Global Communities under the WASH for Health project in the District after delivering a similar facility in 2019 at Tuna.

Mr Tamimu said “In fact, the extent to which these projects will help our people cannot be overemphasised. They have brought tremendous relief and improvement in the lives of the people as they will reduce the time wasted in searching for water from streams and other unreliable sources for drinking and other household chores.”

Chief of Kalba, Kalbawura Amalia Issahaku, expressed gratitude to the donors for extending potable water to the area and appealed to other organisations to help extend potable water to seven other communities under his jurisdiction.