Meaningful Engagement of Boys and Men: A Pathway to Prevention and Response to Gender-Based Violence 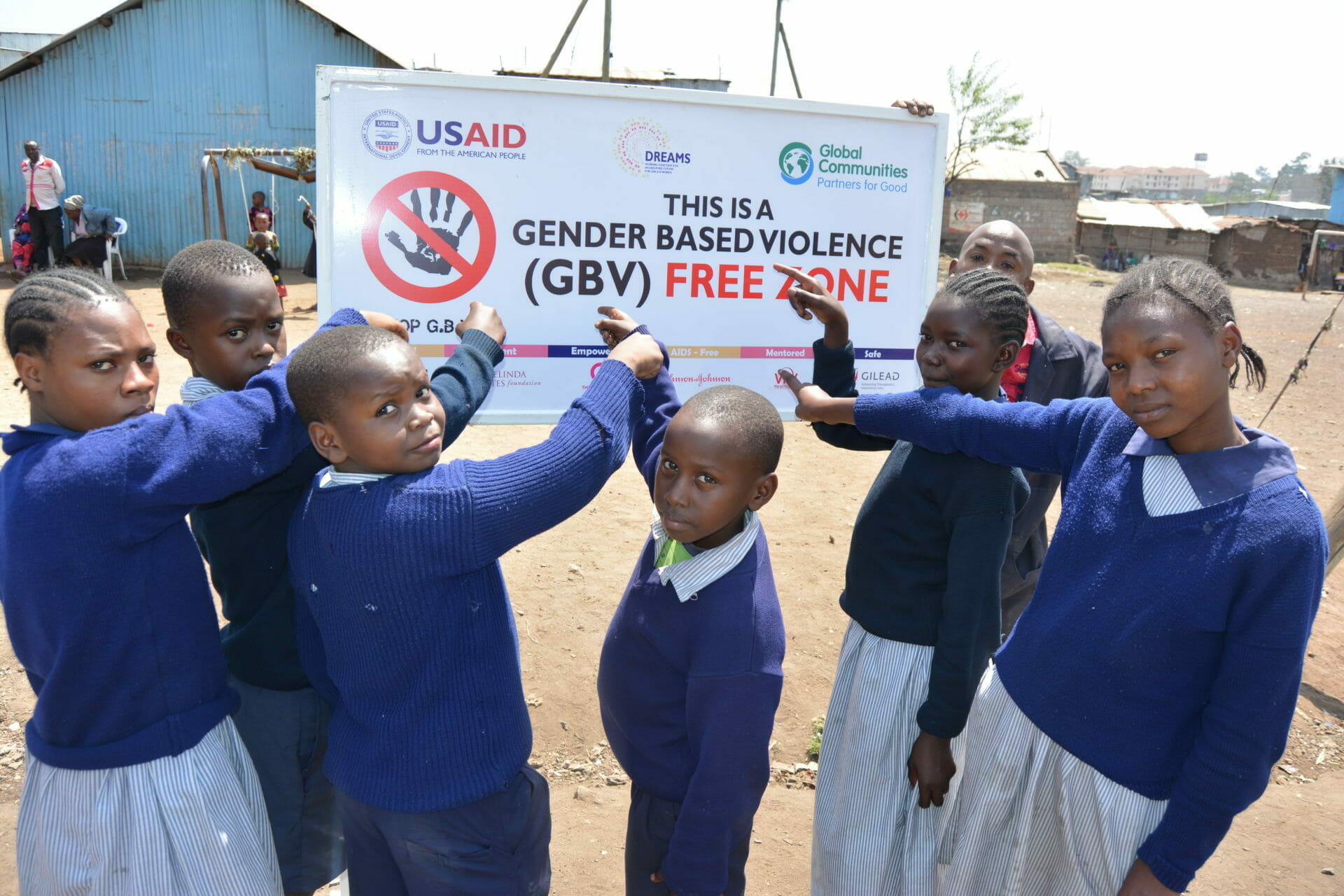 The COVID-19 pandemic has brought discussions of domestic violence and abuse of women and girls into the global public discourse. As I have worked in the space of adolescent girls and young women’s health and well-being at the community level for more than 20 years, stories of violence against women and girls are all too familiar to me. Globally, one in three women experience sexual or physical violence. What makes this statistic even more somber is that the abuse is frequently committed by an intimate partner.

Over the years, Global Communities has implemented prevention programs on violence against women and girls in Kenya, Rwanda, Zambia, Botswana and Tanzania, where — as in most other countries — men hold the preponderance of power in families, communities, workplaces, institutions and politics. The reality of this power imbalance means that men are the main perpetrators of violence against women and girls, as well as boys and other men.

For a long time, efforts to prevent gender-based violence (GBV) focused mainly on women and girls. Women were either victims or survivors who needed to be protected, educated and empowered to stand up for their human rights. While this approach remains critical in the fight against GBV, we must shift the focus of our efforts to men as well. When we frame GBV as a women’s issue, the central role of men is obvious. But viewing the role of men solely in these terms creates a polarizing and unhealthy dichotomy.

Men who abuse women need to be recognized as perpetrators and held accountable for their crimes, but we must not villainize all men as a consequence. Men can be recruited and trained as allies and advocates in the prevention of violence. By teaching men and boys how to examine long-held social norms and belief systems that tell them it is okay to hurt women, we can start to change attitudes and behaviors — not just among individual men but among communities as a whole.

Global Communities is currently implementing a program in Botswana, and previously in Kenya and Rwanda, that reduces new HIV infections among adolescent girls and young women aged 10-24 years old and keeps them safe from violence. Gender-based violence has been linked to the rise of HIV among young women in these countries — women between 15 and 24 years old are four times more likely to be infected than men in the same age group.

The goal of the DREAMS Initiative is to help girls develop into Determined, Resilient, Empowered, AIDS-free, Mentored and Safe women. With funding from the U.S. President’s Emergency Plan for AIDS Relief (PEPFAR) and the U.S. Agency for International Development (USAID), Global Communities works directly with adolescent girls and young women between 10 and 24 years old in some of the most vulnerable and under-resourced communities. The DREAMS Initiative works to strengthen their skills and knowledge regarding healthy sexual behaviors including abstinence and delayed sexual debut, prevention of gender-based violence, drug and alcohol abuse and positive health-seeking behaviors.

But because working with women and girls is only half of the story, DREAMS is also engaging with men and boys to change their attitudes and behaviors toward women. Efforts include reducing the risk of HIV among male sexual partners through awareness building, linkage and referrals to HIV testing and treatment services, voluntary medical male circumcision, and STI screening and treatment.

Global Communities also employs Start, Awareness, Support, Action (SASA!), an evidence-based intervention that uses a community mobilization approach to prevent violence against women and girls by addressing the power imbalance between women and men. It is worth noting that meaningful and constructive male engagement is also about getting boys and men to reflect on how violence and rigid gender norms around masculinity also harm them. That is critical to transforming violent behavior.

Through these efforts, Global Communities has not only reached boys and men to discuss violence against women but other topics as well, including positive parenting and fatherhood, HIV prevention, substance abuse and how non-violence is a healthier way to achieve peace and stability within families and communities.

A big part of what Global Communities is trying to do by engaging men and boys is to transform deeply ingrained gender norms. We are asking these men to look at the social construction of masculinity —the beliefs, attitudes and messages that are being reinforced in their communities — and to challenge harmful definitions of manhood. That is why we must recruit and train individual men to change their beliefs and behaviors so we can instill those same changes in the wider community. Men who have been transformed can influence their peers to change their behaviors as well and not just refrain from violence themselves, but also become advocates against gender-based violence (GBV) in their homes and communities.

Through DREAMS, we provide training to boys aged 10-17 years old. The aim is to reach younger boys before GBV becomes an accepted part of their lives, so that they can recognize, learn and prevent violent behavior against women and girls. We also work to socialize boys so that they can navigate important life topics in addition to GBV, including sexual health, drugs, education and how to end long-time cycles of violence. These trainings offer men and boys a different model for masculinity that does not involve the denigration of women — a model that eschews violence in all forms, rejects the notion of male sexual entitlement and discourages harmful behaviors.

Men and Women Working Together to End GBV

Empowering women and girls socially, economically and psychologically to live lives free of violence is critical to ending GBV. But while the advocacy and action of women is paramount in changing societal attitudes and securing true gender equality, men and boys also have a critical role to play. Violence against women touches us all, regardless of gender, so we must work together to ensure all people can live safe, empowered and resilient lives.