Shining a Spotlight on Sex Trafficking in San Diego

In recognition of Human Trafficking Awareness Month, PCI, a Global Communities Partner, has teamed up with Eleanor Roosevelt College at the University of California, San Diego (UC San Diego) to shine a spotlight on one of the city’s largest underground economies.

Over the weekend, the partners kicked off the first of two Saturday workshops to educate UC San Diego students about human trafficking, the technology used to facilitate trafficking, the importance of prevention education and why the business sector should be involved in the anti-trafficking movement. A case study delivered by Mary-Ellen Barrett, deputy district attorney of San Diego County, is being used as an anchor for three panel discussions.

“I was so excited to see how passionate the students were about understanding the complexities of victimization and prosecution,” said Hannah Allen, senior program manager of Human Trafficking Prevention programs at PCI. “Trafficking is a sophisticated network that is happening all around us. We hope, by sharing the indicators of trafficking, that students will become vigilant about finding where they can get involved in this movement.”

Following the first workshop, Dr. Ivan Evans, provost of Eleanor Roosevelt College at UC San Diego, spoke with PCI about the importance of this collaboration and the role that students can play in combating human trafficking in all forms. Participants will come together again virtually from 9 a.m. to 1 p.m. on Saturday, Jan. 23, to close out the series.

Why is it important to you to bring education about sex trafficking to the students of UC San Diego? 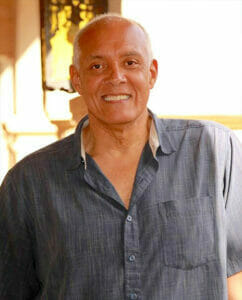 Sex trafficking is amongst the most lucrative and largest illicit activities in the world but does not receive even half the attention devoted to illegal drugs or weapons trafficking. It is imperative to bring a halt to a pernicious trade in human life that affects men, women and children all across the world, including in the U.S. When students grasp the scale and severity of the problem, they become ambassadors for the victims and survivors of sex trafficking.

What is the advantage of partnering with organizations like PCI to facilitate these discussions?

PCI has extensive experience, excellent contacts and enormous sensitivity about the complexities involved in sex trafficking. PCI representatives present discussions that reveal how vulnerable children and young adolescents are to predators and organized sex trafficking cartels. They understand the plight of victims and survivors and have great contacts in law enforcement and police agencies. PCI does an excellent job in presenting sex trafficking from a comprehensive perspective that also invites students to participate in combating the illicit industry.

What message do you hope students take away from the two-Saturday series?

I hope that students will appreciate how deeply sex trafficking is embedded in everyday life and the ease with which children and young adults are forced or lured into danger. It really can happen to just about any young person who is unwary, especially if they are in emotional stress. I also hope that students will become involved in combatting the trade in any number of ways—they could work with and support survivors, research the topic and spread the word amongst other students, or intern with an organization such as PCI.

What role do you feel businesses can play in the fight to end sex trafficking?

Sex trafficking is not only about forced sex. It is also about enticing and coercing people into forced labor. Corporations can truthfully say they are opposed to sex trafficking, even as they remain complicit in profiting from the labor of children, women and men who work in sub-human and exploitative conditions. Corporations should be held responsible for ensuring that their products and marketing strategies are not tainted by forced labor. Fortunately, they do not have to invent the wheel. Fair Trade policies set the standard for good economic practices that respect workers all across the world. Corporations can use these as a guide. They could also work with PCI!

If students have career aspirations/personal interests/areas of study that are totally unrelated to sex trafficking, why should they care about this topic?

Sex trafficking is a threat to all of us. Illicit profits are funneled back into the economy and ultimately implicate all of us in the consumer choices we make, such as buying lip gloss or inexpensive shrimp. Both are often produced by young children, many of whom are also kept in sexual bondage. Combating sex trafficking requires awareness of the scale of the problem and any consumer can fight back by making smart choices as they consume services and buy products.

How has your own understanding of this issue evolved?

When I first began learning about the issue of sex trafficking, I had an idea that it happened somewhere far away—mostly in Asia. I quickly discovered that this is far from the truth and that the United States is also a major site for the trade in human life, including the extensive exploitation of children for sexual purposes. At first, I also tended to approach the problem in terms of “smuggling” and so focused on supply routes, border crossings, cartels and corrupt officials. These are important parts of the problem, of course. However, I am more persuaded today that we need to problematize the issue of males’ demand for illicit sex. We need to prioritize this question: why do men want forced sex in the first place? Today, I am very interested in exposing the link between distorted masculinity and sex trafficking. This, I feel, is the source of the problem.

Is there anything you would like to add that we didn’t think to ask?

Yes. I have noticed over the years that very few men sign up for sex trafficking workshops and conferences. I wish that more would. Men could play an important role in exposing and rejecting toxic versions of masculinity that turn domination and power over vulnerable people into sources of gratification. If we can turn off the male demand for illicit gratification, the problems of supplying vulnerable people would greatly diminish. Males are the primary reason for sex trafficking. They should be a major part of the solution to sex trafficking.

Published 01/19/2021 by Global Communities in Blog, The Americas, United States