Turning the Tide on Unsanitary School Conditions in Tanzania 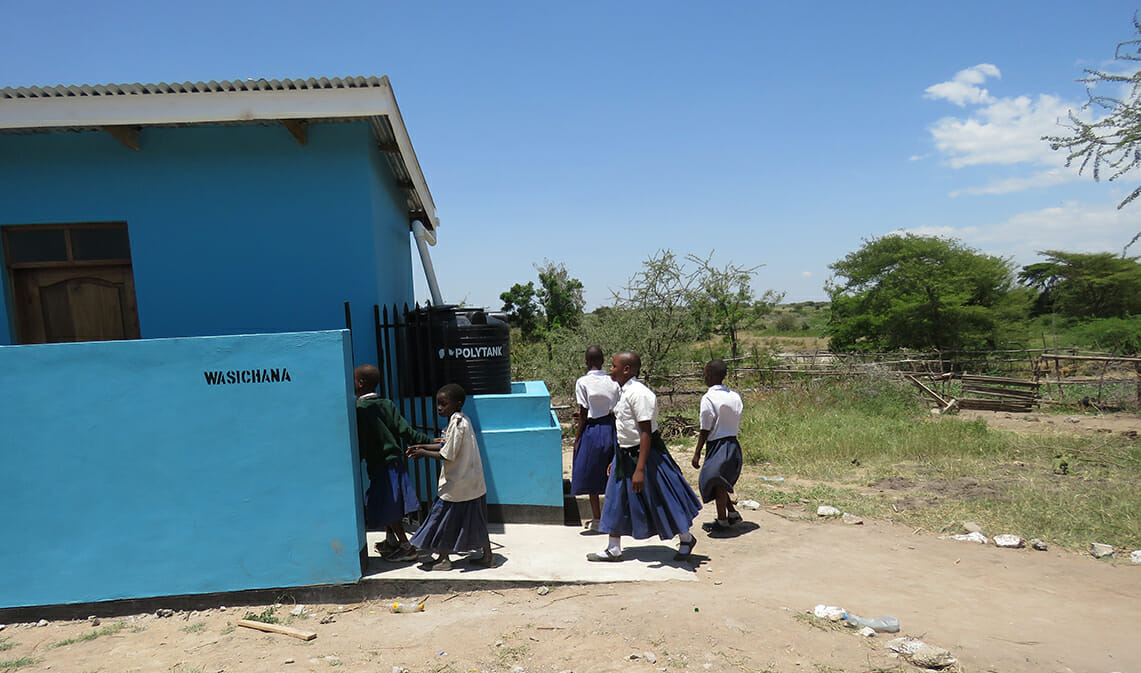 Children should not have to choose between their health and their education. Yet, one-third of schools worldwide lack access to clean water and basic hygiene facilities, putting students at risk of disease or forcing them to miss class altogether.

Like many parts of Tanzania, the Mara Region continues to experience the challenge of inadequate school water, sanitation and hygiene (SWASH) facilities, despite several government initiatives at regional and local levels to improve SWASH infrastructure.

According to the Tanzania SWASH Mapping Report (2011), 62% of schools in Tanzania have access to an improved water source on or near school premises, but only 14% of these sources are functional. Additionally, of the 2,697 primary schools surveyed, 84% were without handwashing facilities and 86% lacked water for handwashing. In these kinds of conditions, school children are frequently forced to leave class and travel long distances to fetch unsafe water from unprotected sources or to travel to school carrying water from their homes. Adolescent girls are particularly vulnerable to the negative effects of unsanitary and ill-equipped school environments. UNICEF estimates that 1 in 10 girls does not attend school during menstruation.

The lack of improved sanitation facilities at schools is also associated with an increased risk of sanitation-related infectious diseases, such as diarrhea, worms, acute respiratory infection and dysentery (Tanzania Ministry of Education and Vocational Training, 2012).

To address the challenges and health repercussions of limited SWASH infrastructure at schools, between 2011 and 2018, Project Concern International (PCI), in collaboration with local government authorities and communities, invested in the construction of improved latrines, handwashing facilities and water systems in 191 primary schools in the Mara Region. These schools were identified and prioritized based on a needs assessment conducted by all stakeholders.

Ihale Primary School is one of the many school environments PCI has transformed. At Ihale, the condition of sanitation facilities was so poor that the quality assurance team from the Bunda Town Council recommended the school be temporarily closed to avoid a disease outbreak among students.

“We had only four (filled up) drop hole toilets for 886 students with no running water,” said Francis Shande, head teacher at the school. “You can imagine just how bad the situation was.”

PCI and the nearby community worked to construct an improved latrine at Ihale, which reduced the number of primary students per drop hole from 148 to 88. Students are now able to wash their hands after using the toilet, girls have privacy with their own latrine and students with disabilities can access the latrine with a ramp. Additionally, the construction of a rainwater harvesting tank enables access to clean and safe water for drinking. Each student now receives at least 0.5 liters per day throughout the year. Photo by Victor Mapile/PCI
Angela Mboya, a teacher at Ihale Primary School, checks in with some of her students.

“I used to receive frequent reports of stomach infection among students. They would ask permission to go home. But ever since students started using the new latrine and consuming water from the rainwater harvesting tank, these cases [of reported stomach infections] have dropped dramatically,” said Angela Mboya, a teacher at Ihale Primary School. “Although we have no scientific data, we believe the reduction of these cases is connected to the use of improved latrines and consumption of safe water.”

With support from the U.S. Department of Agriculture and in partnership with the Government of Tanzania, PCI has helped a total of 103,456 school children gain access to an improved latrine at school. Of that number, more than 87% now have consistent access to clean and safe water. These efforts will continue through 2021 under the McGovern-Dole International Food for Education and Child Nutrition Program.

All SWASH infrastructure activities are directly implemented by the construction sector in close collaboration with District Executive Offices in Bunda, Musoma rural, and Butiama districts. In the coming years, PCI will work with local government authorities and community leaders to invest in the construction of an additional 20 latrines and 34 water systems at prioritized primary schools. The goal is to reduce the number of primary students per drop hole to a ratio of 25:1 and to ensure access to safe and clean water for all students.