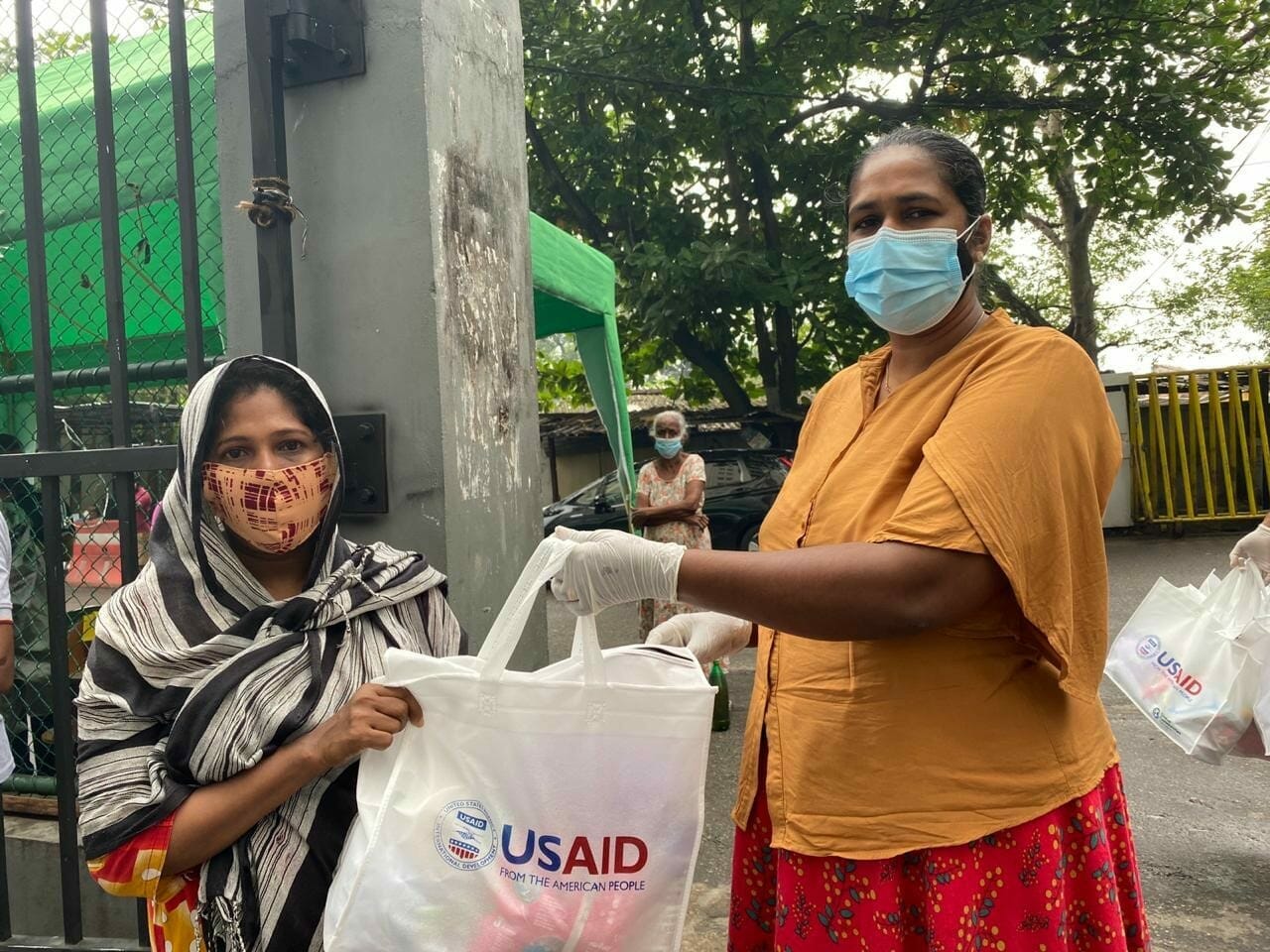 Over the last month, the U.S. Government donated 4,000 personal hygiene kits to low-income women in the Western Province in Sri Lanka. On November 23rd, 850 kits were handed off to Rosy Senanayake, the mayor of Colombo, to be distributed among Colombo Municipal Council workers and residents of Modara. Many women in the targeted areas are too poor to afford personal hygiene products themselves or have been unable to obtain them due to movement restrictions put in place to combat COVID-19. The initiative was funded by the United States Agency for International Development (USAID), in collaboration with the Social Cohesion and Reconciliation (SCORE) project implemented by Global Communities.

Mayor Senanayake said the government was doing its best to address the economic problems caused by COVID-19. She added that half of Colombo’s population live in underserved areas and many have lost their jobs. “We ask them to wear masks and wash hands, but most of the people in these areas do not have the provisions even to buy a bar of soap. When they have some money, women spend it on essential items to feed their children, rather than personal hygiene. They neglect their needs and give priority to their families. So a hygiene pack is vital for their protection. Therefore, I highly appreciate this donation and request more packs to reach the vulnerable women population in Colombo,” the mayor stated.

According to Colombo’s Chief Medical Officer Dr. Ruwan Wijayamuni, ”Women’s vulnerabilities become a secondary concern in a pandemic such as this, as priority is usually given to treating the sick and saving lives. From among the population of nearly 650,000 in the Colombo Municipality, nearly 325,000 belong to the low-income category, of which 50% are women.  Of the nearly 160,000 women from low-income families, about 60% are of child-bearing age, and have an urgent need for hygiene packs.

The hygiene kits were also distributed in quarantine centers in the Western, North, and North Central Provinces, as well as in Kalutara, Matugama, and the Katunayake Free Trade Zone. Women receiving treatment for COVID-19 at several hospitals also received the packs.