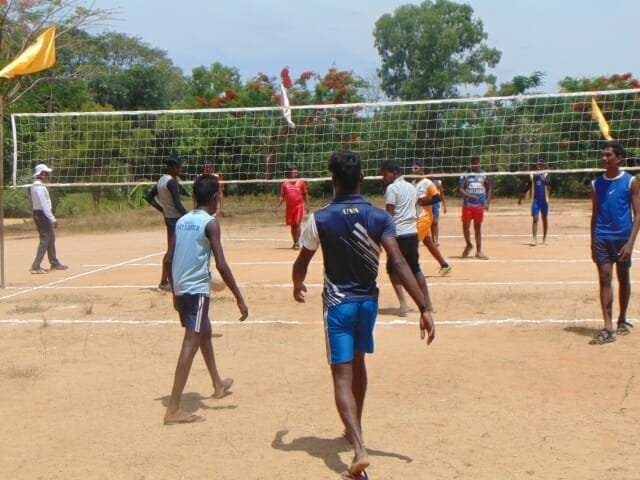 250 Sinhala and Tamil youth club members of the National Youth Council participated in the festival, which empowered the youth to help bridge the divide between ethnic groups, creating unity and tolerance among youth in the region.

As part of the festival 17 teams of mixed ethnicity took part in a volleyball tournament aimed at forging positive relationships that transcend ethnicity and religion. There was no emphasis on winning as all teams were acknowledged equally and following the tournament, the teams engaged in various “shramadhana (group labor project) activities in their communities, strengthening the mutual understanding and trust developed throughout the tournament.

Sport plays an important role in empowering the youth to exercise leadership and promote reconciliation and social cohesion as it has the power to break barriers and build trust between diverse ethnic groups.
Strengthening community sports facilities is part of SCORE’s wider framework of supporting community-driven initiatives that promote social cohesion and reconciliation and bring about positive change in multi ethnic, rural communities.