Will the celebration continue in Moline neighborhood? 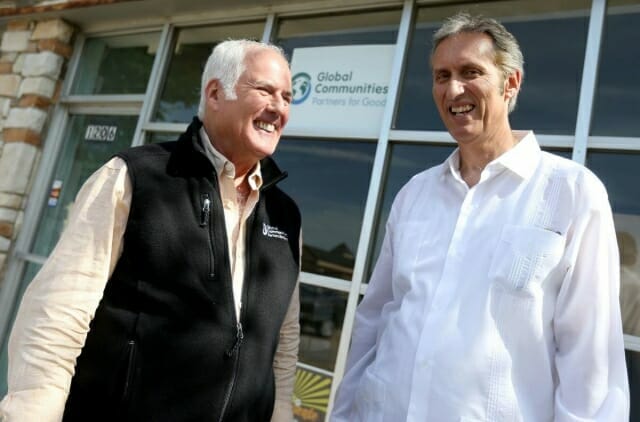 This article was originally published in the Muscatine Journal.
MOLINE — There was much to celebrate for Flourishing Communities. But the bigger question Friday night at The Seed, Sprout and Flourish event at Mercado on Fifth on 12th Street and Fifth Avenue Moline is “should, Flourishing Communities be making future plans?”

That answer won’t come until October 31. Some may feel that Flourishing Communities, which began in June of 2015, has run its course while completing 49 of 73 planned projects.

Two communities that Flourishing Communities has focused on are the Floreciente and Stephens Parkview neighborhoods.

She has new green awnings that replaced old ones, she said, and a new park bench. “My business looks more beautiful with a new light outside,” she said. “It don’t work for the last 20 years. They fixed it. They help me with a lot inside of my business.”

Fuentes hopes the program continues and says there’s more work to be done.
“Always we need more work,” she said. “Yeah, Global Communities does a lot of work in this area.”
But she understands that they might have work to do elsewhere in the community. So does Beard, who has been the leader since February.

“There are funding cycles and we are hopeful that it will continue,” he said. “But these are project-based. The whole idea is there is a sustainability factor. You get the organization working and you work with all your partners, then they take it on.”

“We build their skills and abilities through workshops, and then they take it on and continue it into the future. We are looking at other prospects in the Quad-Cities.”

“We build their skills and abilities through workshops, and then they take it on and continue it into the future. We are looking at other prospects in the Quad-Cities.”

Another project that’s part of Flourishing Communities is Stephens Parkview.

The accomplishments are many, too, while working with the only bilingual school in the Lincoln-Irving area.
They include beautification efforts and holiday events plus planting seeds with students about future careers and colleges and even workshops on grant writing.

Flourishing Communities, under the leadership of Global Communities, is in many ways a community facilitator.
Beard agrees with that assessment to an extent. “But on a large scale, we are bringing all the stakeholders together,” he said. “We have our own methodologies, bringing in our skills, business planning with small businesses, connecting folks to specific trainings.”

When Beard has a full staff, it numbers five people and includes someone with a lot of experience working with youth, plus a community development specialist and an economic development specialist.
“We have all different backgrounds on our team,” he added. Each can speak Spanish, which is essential in the Floreciente area, which is 72 percent Hispanic.

With president and CEO of Silver Spring, Maryland-based Global Communities, David Weiss, on hand, there will be some celebrating amid the usual 1,200 that usually show up for “Mercado on Fifth,” the signature event of Floreciente’s Flourishing Communities.

But there are other past events and successes that will be showcased including an effort with the Q2030 initiative to pair minority and immigrant businesses with successful owners from all over the Quad-Cities.
Also things like the Catalyst Kitchen. “The Catalyst Kitchen is a way for people who have been cooking wonderful food in their homes to do a training we sponsor called “Serve Safe” in coordination with Black Hawk College, so they can serve the public in Mercado on Fifth,” Beard said.

But the project that will soon start may be the one Beard is most proud of.
“Perhaps one of our major achievements that we are all most proud of is facilitating the process to make the $733,000 Streetscaping project a reality for Floreciente,” he said.

In some ways, Beard admits, it’s mission accomplished for Flourishing Neighborhoods.
“The Flourishing Communities type of program is designed to eventually work its way out of a community leaving behind sustainable processes and organizations,” he said. “I believe that has been accomplished in Floreciente and Stephens Parkview with this program.”

But he also sees added value to more time.
“We would really like to build on what we started in Floreciente,” he said. “And this I know is something that Global Communities would like to potentially become a model for other parts, not just here in the Quad-Cities, but beyond the Quad-Cities.”

Published 09/03/2019 by Global Communities in Blog, The Americas