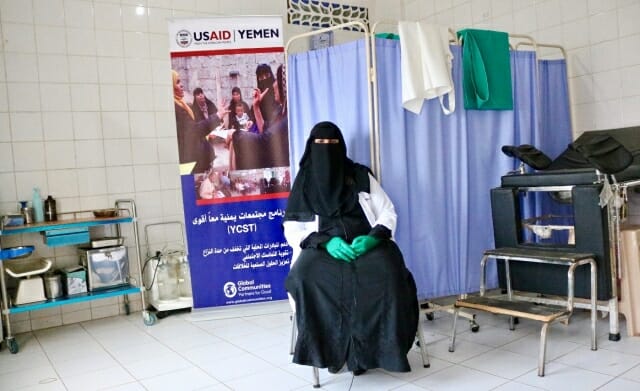 The war in Yemen has presented a formidable challenge to health care facilities and maternal health services during the conflict, putting thousands of mothers’ lives at risk. The escalating violence and economic hardships prevented many mothers from getting the care they needed; healthcare services plummeted and deteriorated. Hospitals were no longer able to provide and upkeep health services, as the war still profoundly impacted the already pre-existing challenges of Yemen’s health care systems.

Shortages of fuel and unreliable electricity supply severely impeded health service provisions, as power failures during critical prenatal medical emergencies began to be the norm. Unexpected incidents increased, and the local authorities’ responsiveness and capacity to provide essential health services drastically dwindled and local authorities were no longer capable entities. This strained the relationship between the community members and the local authorities as their inability to address the challenges only increased the community’s burdens.

USAID’s Yemen Communities Stronger Together (YCST) stabilization program implemented the Al-Ma’afer Rural Hospital’s rehabilitation in the community of Al-Su’wa in the district of Al-Ma’afer, one of the many districts in Taiz governorate that has faced war and instability since 2011. The stabilization program supports legitimate local authorities to address the community’s priorities by restoring the trust that was lost during the war. Local Authorities engage with community members to put in place inclusive community structures, known as Authority-Community Committees. The ACC’s then work with communities to identify conflict stressors inhibiting community cohesion and then prioritize solutions. Members of the Al-Suwa’a community, to peacefully resolve the community conflict; through the ACC’s, have collectively decided to prioritize the solar-powered electrical rehabilitation system in Al-Ma’afer Rural Hospital.

Rehabilitating the hospital’s solar-powered electrical system has relieved the hospital of most of its financial burden and most importantly addressed the electricity shortages that had an adverse effect on maternal and newborn health in the hospital’s obstetrics department. Improved electricity services lead to improved maternal health outcomes “Infants are no longer exposed to Meconium Aspiration Syndrome as doctors are now able to suction the amniotic fluid during childbirth. Previously, we would not be able to use the device without electricity which only put the infant’s life and health at risk. Dr. Nada AbdulJalil, Head of Obstetrics Department at Al-Ma’afer Rural Hospital.”

“YCST saved patients from the great danger that the obstetrics department used to face during cesarean surgeries; mother and newborn lives were in great danger, as we were unable to use our medical devices, doctors used flashlights during critical emergencies.” Dr. Nada AbdulJalil, Head of Obstetrics Department at Al-Ma’afer Rural Hospital.

USAID’s Yemen Communities Stronger Together (YCST) installed and replaced a 2,000 KVA solar power system to 10,000 KVA, which dramatically improved the quality of care received Al-Ma’afer Rural Hospital.  Upgrading the solar-powered electrical system prevented power failures during surgical procedures and reduced the chance of putting the mother and infant at risk. Doctors can now monitor vital signs, provide adequate ventilation, lighting, and ensure all medical supplies and tools are sterilized and readily available during childbirth. Dr. Nada AbdulJalil, Head of Obstetrics Department at Al-Ma’afer Rural Hospital, goes on to mention “power shortages restricted us from sanitizing our tools which lead to mothers being turned away, especially ones that lived in the village, as the tools were not sterilized until the generator would power back, but now we can sterilize our tools at any time and provide health care to all mothers irregardless of where they live.”

Reviving the health systems in Taiz remains to be a challenge, as governmental institutions still struggle to play an active role in the provision of basic antenatal care and other health services. However, through the USAID’s Yemen Communities Stronger Together (YCST) stabilization program, legitimate local authorities now understand how to respond to citizens’ priorities rapidly. The stabilization program in an effort to rebuild the trust and relationship between local authorities and community members; has restrengthened the community’s perception that local authorities are capable entities, that can address local grievances and alleviate the burdens of the community.