Redefining Fatherhood: One New Dad’s Journey as a Preemie Parent 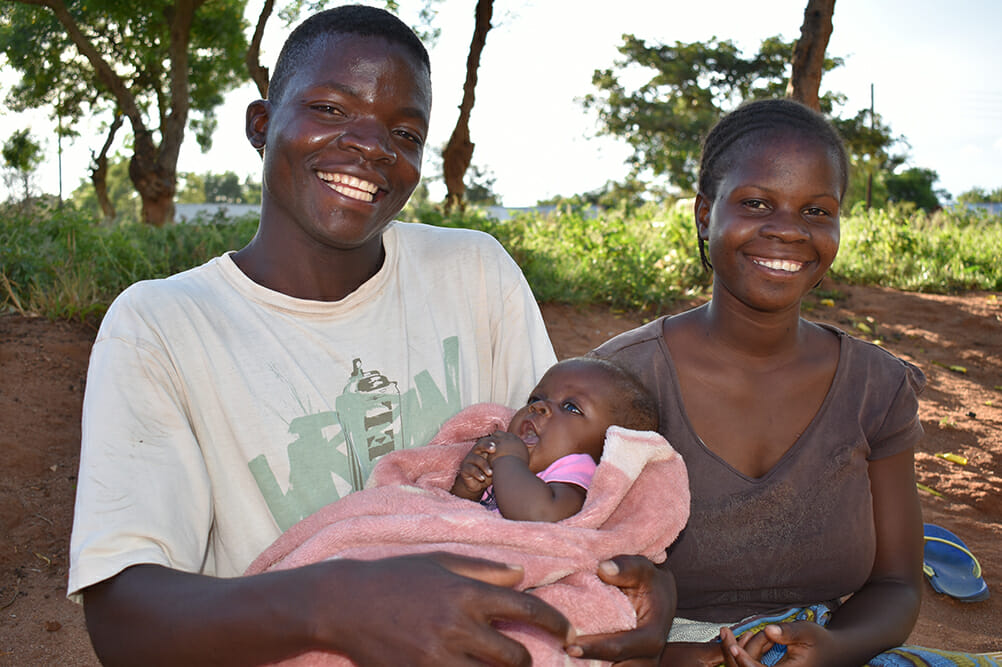 When Martha was born, her mother Enipha says she was barely the size of her own slender forearm. The nurse on duty at Balaka District Hospital recorded her weight at just over 1.5 pounds. She arrived eight weeks early and was immediately placed on oxygen to regulate her breathing. The odds did not look good for her survival.

To see Martha now — six months later, smiling up at her father with chubby cheeks and bright, dark brown eyes — is to witness a miracle in motion. Samalani, the proud bambo who carried his laboring wife to the hospital in the middle of the night, says he had faith in his baby girl all along.

“I was just hoping God would take care of her,” Samalani recalls of first learning Martha was born prematurely. “… I was not sure what to expect, but when I saw her, I knew that she would make it.”

In the days following Martha’s birth, she was transferred to the hospital’s Kangaroo Mother Care (KMC) ward, where Enipha learned how to place her fragile newborn on skin-to-skin, keep her tiny body clean, and ensure she received enough milk through breastfeeding and by cup. This hands-on training and support was made possible by PCI’s U.S. Agency for International Development-funded Every Preemie—SCALE project.

While Samalani was unable to visit Enipha and Martha in the KMC ward, he still stopped by the hospital every day for updates. Sevelina Chikanda, a patient attendant at the hospital, says his dedication as a father was an unusual but welcome sight for staff members. Samalani Katiye holds his six-month-old daughter, Martha, who was born prematurely at Balaka District Hospital. Through PCI’s Every Preemie—SCALE project and the Family-Led Care model, Samalani learned how to be an active and confident caregiver of his fragile newborn. By practicing the skills he learned in the hospital at home and attending weekly follow-up visits with his wife, Samalani proudly reports Martha is healthy now and out of danger. “I had not seen or heard about fathers helping out, putting babies on skin-to-skin. It was the first time for me,” Samalani says. “I just wanted to do what I was told in order to save my baby. I just committed to helping take care of her.” Photo by Maureen Simpson/PCI

“We started noticing he was very involved right as the mother and baby were admitted to the KMC ward. He was always there during visiting time,” Sevelina says. “That continued with follow-up visits. He always accompanied the wife and baby to the hospital and participated in the sessions. They were learning together.”

Through PCI’s Every Preemie—SCALE project, Balaka District Hospital and eight health centers in Malawi promote the Family-Led Care model. Family-Led Care teaches caregivers of all kinds — from hospital support staff and clinicians to parents and extended relatives — how to confidently address the unique needs of early/small babies — in the hospital, at home and out in the community. While fathers are encouraged to be part of this learning process, Sevelina says men like Samalani have been rare, especially when it comes to practicing skin-to-skin contact with their babies.

“Usually the fathers don’t do that. They think, ‘This is woman’s work. It is not my job.’ So this was a special father,” Sevelina says.

Samalani acknowledges that he, too, had never seen male examples in his own life who actively participated in caring for their children. When he and Enipha returned home with Martha, several people in their village even questioned some of the techniques the hospital had taught them.

“We did have some community members who were discouraging us and telling us that small babies should just be kept in the house and not taken out, that they wrapped them in blankets and put a warmer nearby,” he says. “… But [my wife and I] encouraged each other. We said, ‘Let’s just focus on what we have been told on how we should take care of the baby.’”

As a result of Enipha and Samalani’s dedication to each other and to practicing Family-Led Care, Martha graduated from the KMC program nearly three months after her birth. Now, at 6 months old, she weighs 11.2 pounds and is happy, healthy and thriving. Samalani and his family are an inspiring example of how all family members, including fathers, play an important role in caring for their babies.

“I just wanted to do what I was told in order to save my baby. I just committed to helping take care of her,” Samalani says. “… I hope [Martha] will continue to grow, start school, finish and become a doctor for preterm babies.”

Support PCI’s programs for men and boys that promote inclusion and equality as well as our life-changing work worldwide.