Sarah’s Season of Growth: Forging a Path Out of Poverty 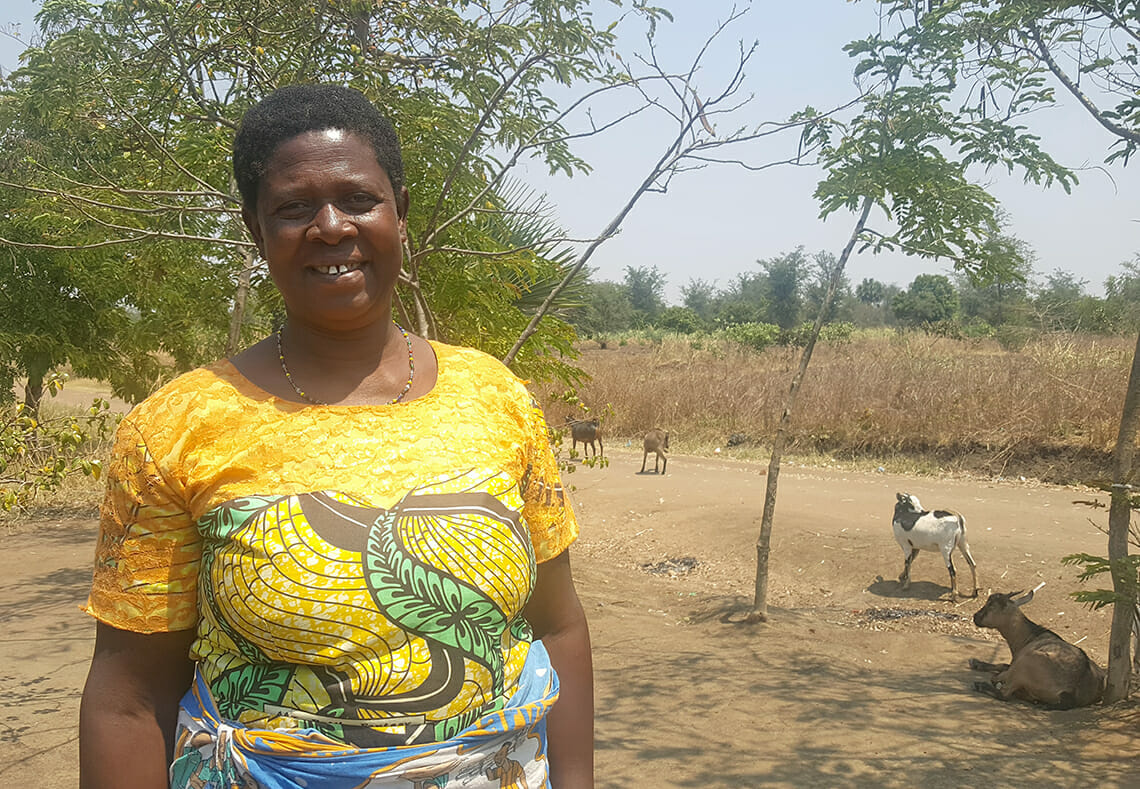 As a farmer, Sarah Ben understands there is a season for everything. Even so, she has known more than her fair share of loss—from the passing of three of her children to multiple years of failed crops.

Despite these hardships, the mother of now five has continued to work towards building a better life for her family and her community. And with support from Project Concern International (PCI), the fruits of her labor are finally starting to be realized.

Through the Njira project, funded by the U.S. Agency for International Development’s Office of Food for Peace, Sarah has participated in a number of interventions designed to help smallholder farmers like herself improve their agricultural practices and incomes. The fight against hunger is a daily battle in southern Malawi, where erratic rainfall, extended dry seasons and cyclical pest infestations rob farmers and already vulnerable families of consistent food security. 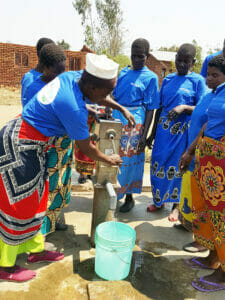 Members of Sarah Ben’s WE group use an irrigation system they purchased to combat the effects of drought on their crops.

When drought cost Sarah and other farmers in Balaka district a season’s worth of crops, she and about 20 other women in her village gathered to devise a solution. Together, they formed a savings and loans group through PCI’s Women Empowered (WE) initiative that helps members learn to save money, develop financial literacy and provide loans and support to one another. By pooling their savings, the women were able to purchase and install a simple irrigation system in their fields to protect against dry periods. As a result, in just one growing season, the women grew three full crop cycles of high value vegetables and maize.

With her improved income and profits from increased crop yields, Sarah was able to put her 11-year-old daughter back in school, build a new brick house with an iron-sheet roof for her family and buy four goats. Together with her WE group members, she also purchased more land to grow additional crops.

“I have learned skills that people wouldn’t normally expect a woman of my age to know,” said Sarah, who credits Njira with helping her take on tasks of critical importance to her community as well.

To ensure rural households in Malawi have reliable access to clean, safe water, Njira also trains WE group members like Sarah to serve as borehole/well pump mechanics. Now, instead of waiting weeks or months for district technicians to fix their sources of clean drinking and cooking water, the women voluntarily perform any necessary maintenance or repairs.

“When our boreholes get broken, me and the other women fix them on our own,” said Sarah, adding how providing this service saves themselves and their communities from expensive repair fees.

Neighbors and spouses alike have taken note of the women’s contributions and investments and consider WE group members to be real leaders in the community. After participating in couples’ discussions facilitated by PCI, Sarah’s husband learned about the economic and social benefits of joint decision-making. As a result, the two are now working as a team and communicating better. In addition to cultivating over 1.5 acres of land, they are planning to reopen a small kiosk together.

“I used to run a small grocery shop but things didn’t go well,” Sarah said. “When I joined WE, I got to understand a lot of the things I was doing wrong: profit calculations, capital and prices. After basic business skills trainings, I feel empowered to revamp my shop. … It is very encouraging to hear that my story can be used to inspire others.”