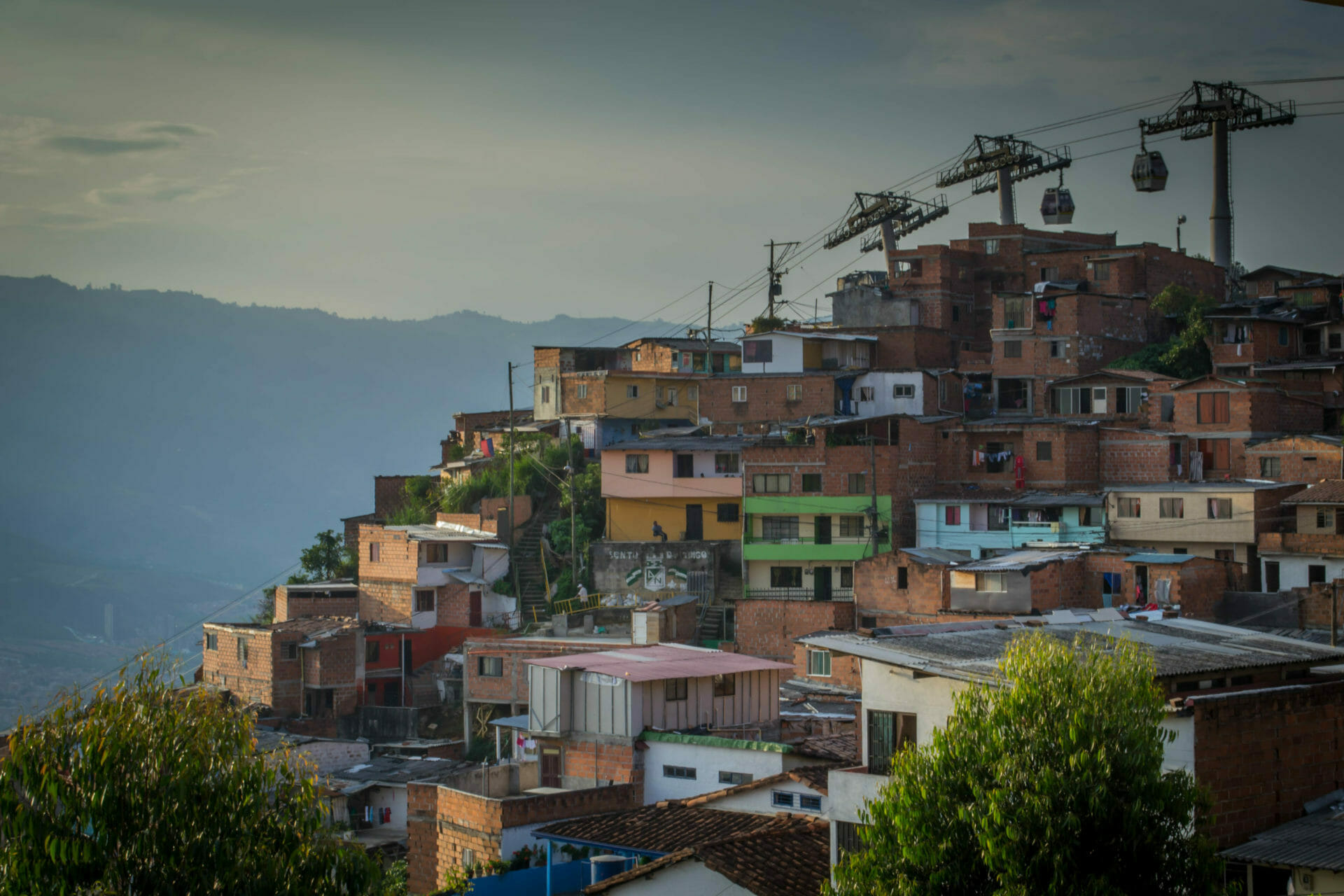 About half of the economic losses due to natural disasters in Colombia are caused by floods, followed by earthquakes and landslides. At the same time, however there are no adequate insurance products available on the market protecting Colombia’s urban population against the disastrous effects of these hazards.

The international humanitarian assistance and sustainable development organization Global Communities and the Insurance Development Forum (IDF), represented by its members Hannover Re, an international reinsurance company, and Willis Towers Watson, a global advisory, broking and solutions company, formed a public private partnership to promote resilience in communities susceptible to natural catastrophes by developing natural disaster risk insurance products for the City of Medellín. The InsuResilience Solutions Fund (ISF), managed by Frankfurt School of Finance and Management (FS) and funded by KfW Development Bank is providing co-funding for the product development of the insurance solution.

This public-private partnership and the Medellín project are part of implementing the Tripartite Agreement between the German Federal Ministry for Economic Cooperation and Development (BMZ), the IDF and the United Nations Development Programme (UNDP) to support risk management solutions for climate-vulnerable countries. The ISF is one of the vehicles used to support the implementation of the joint agreement.

With the objective to increase its resilience the project will develop a parametric flood and earthquake product, as well as an indemnity landslide protection for Medellín as part of the city’s Disaster Risk Management Plans. It foresees that once the product is taken to market after the end of the project, the city government of Medellín will be the policyholder via its Fund for Disaster Risk and Emergencies Management providing funding for emergencies, rehabilitation and reconstruction in Medellín. In case of an insurance event, the payouts of the insurance will benefit local affected communities in accordance with the municipality’s emergency response plans, for example via food and cash disbursements, and fast repair of basic infrastructure.

The project thus increases the resilience of Medellín to climate risks and natural disasters through insurance protection. Serving as a role model for other cities of the country, the project also fosters a favourable environment for the development of similar climate risk insurance products in the Colombian market.

“The IDF is delighted to see implementation of another Tripartite project involving the insurance industry working hand in hand with a government to address the significant proportion of physical damage and financial losses often incurred as a result of a disaster; in this instance, floods, earthquakes and landslides. The IDF is committed to playing an influential role in supporting the development of much needed practical solutions. The Public-private partnerships which see insurance professionals working closely with public officials to bring their risk management expertise to bear enables the delivery of solutions at scale for those who are most vulnerable.

“Global Communities is proud to partner with public and private sector actors to build climate and disaster risk resilience in Medellín. Drawing on our experience partnering with communities and engaging stakeholders around climate resilience, we see this innovative, data-driven initiative as a model for new ways to support populations most directly impacted by climate change.”

Global Communities, a humanitarian assistance and sustainable development organization working in more than 30 countries around the world, responded to a devastating 7.8 magnitude earthquake centered near to Gaziantep, Turkey today. Global Communities prioritized confirming the safety of team members and their families and is working to ensure the structural integrity of the organization’s office…

Jaffna, Sri Lanka – On October 11, 2022, the U.S. Agency for International Development’s (USAID) Social Cohesion and Reconciliation Activity (SCORE) entered into a formal agreement with the University of Jaffna to increase counselor capacity and youth involvement in mental health and psychosocial support. The announcement was timed to coincide with World Mental Health Month,…

USDA awards $30 million for sustainability activities and new programming Silver Spring, Md. – On September 21, 2022, the U.S. Department of Agriculture (USDA) selected Global Communities to expand its presence and programming through two new school feeding projects in Tanzania and Madagascar. The projects, which are funded by the McGovern-Dole International Food for Education and Child…

Kinshasa, DRC – The United States Agency for International Development (USAID) and Equity BCDC have partnered to unlock financial services and products to artisanal and small-scale mining (ASM) operators in eastern Democratic Republic of the Congo (DRC) via USAID’s Zahabu Safi (Clean Gold) Project. As one of the largest banks in the DRC, Equity BCDC…

Kinshasa, DRC – The United States Agency for International Development (USAID) and Equity BCDC have partnered to unlock financial services and products to artisanal and small-scale mining (ASM) operators in eastern Democratic Republic of the Congo (DRC) via USAID’s Zahabu Safi (Clean Gold) Project.  As one of the largest banks in the DRC, Equity BCDC…